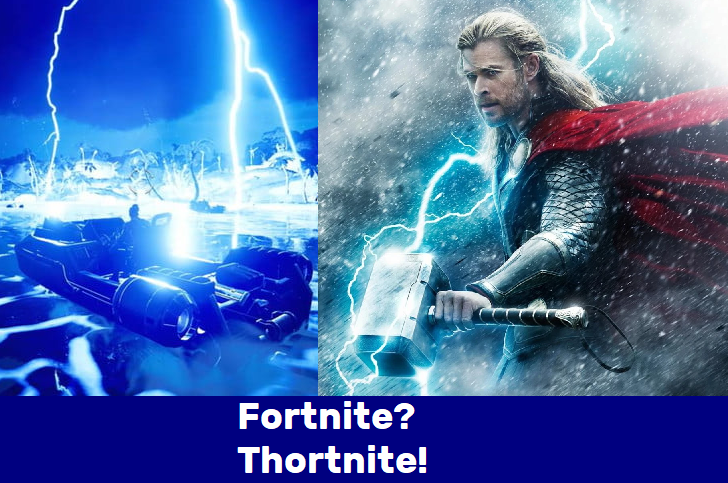 Fortnite? More like THORtnite, am I right? Which is to say, the Epic Games battle royale title has recently undergone some very strange updates indeed… Or, “strange” rather, given the whole Fraiser situation, I wouldn’t be surprised if the Fresh Prince of Bel-Air got a Fortnite deal… Speaking of which, that new Bel-Air trailer looks pretty neat, can’t wait for that!

Okay, enough of the Fortnite-Sitcom fanfiction, GET ON WITH IT: First off, this update has seen the return of Quad Crashers, basically fancy-shmancy quad bikes that can fit two players and go vroom-vroom with the big boosty-wooshy… Yeah, they’re pretty fast.

We’ve also got a new downhill sliding mechanic, likely based on Gears of War and the season’s opening crossover.

SMG’s have gotten a new look, but shotguns have been nerfed somewhat… A moment of silence.

We’ve also got the shield keg (wrote a cheeky roast and tutorial on it here), plus Spider-Man web shooters! Yes, they are incredibly satisfying, especially since I have a raging boner for heights and high-speed fun! In the words of my dirtbag left friend, you might say those web shooters made me ‘ejacufaint’.

And last, but not least, Fortnite recently added new dynamic weather features. So, outside of the game’s day-night cycles, this also means players have to watch out for giant tornadoes and lightning-packed storms!

A Treatise on Tornadoes by Simon Swirlyman: Fortnite tornadoes appear randomly on the map at times. Players can enter them to soar through the skies and glide from (or toward) danger. You’ll get launched away if you hit the twister, but fall damage won’t affect you.

The Lightning Legitimacy by S.T Ormzie: What a coincidence, these storms ALSO appear at random! If you stay in one area of building-up blue sparks too long, then you can expect to get zip-zap-zopped and lose a lot of health. On the bright side, getting hit by lightning also unleashes your inner zoomer and increases your speed, so one player’s death blow is another player’s buff! Increase your chances of getting struck by entering a body of water under a storm cloud, but you’ll only have one chance! Get struck once and you won’t get hit again… By the same storm cloud at least.

The Flare Gun: Honey, baby, you’re a glorified firefly with half the firing range and a fraction the firing speed, move over grandpa!

Tents: I don’t know what satanic ritual made it so people on the same team can’t enter the same tent to heal up anymore, but COME ON! Also had a couple tent-ownership mishaps when playing with my brother, so if someone at Epic could improve the system, that’d be greeeaat.

Ravens: I suspect these ravens must’ve been ported from America, because ever since this update started, they’ve only been dropping giant meat stacks and shotguns! Nothing else! Either that or they flew over from Raccoon City and are migrating until Capcom calls them back for a sequel! 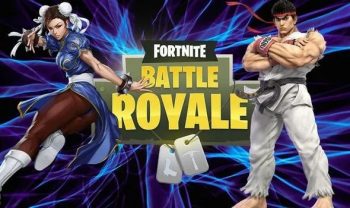 RPG‘s, oh my RPJesus… Lost my Train sim of thought.

previousXbox players are fed up with forced crossplay with PC gamers