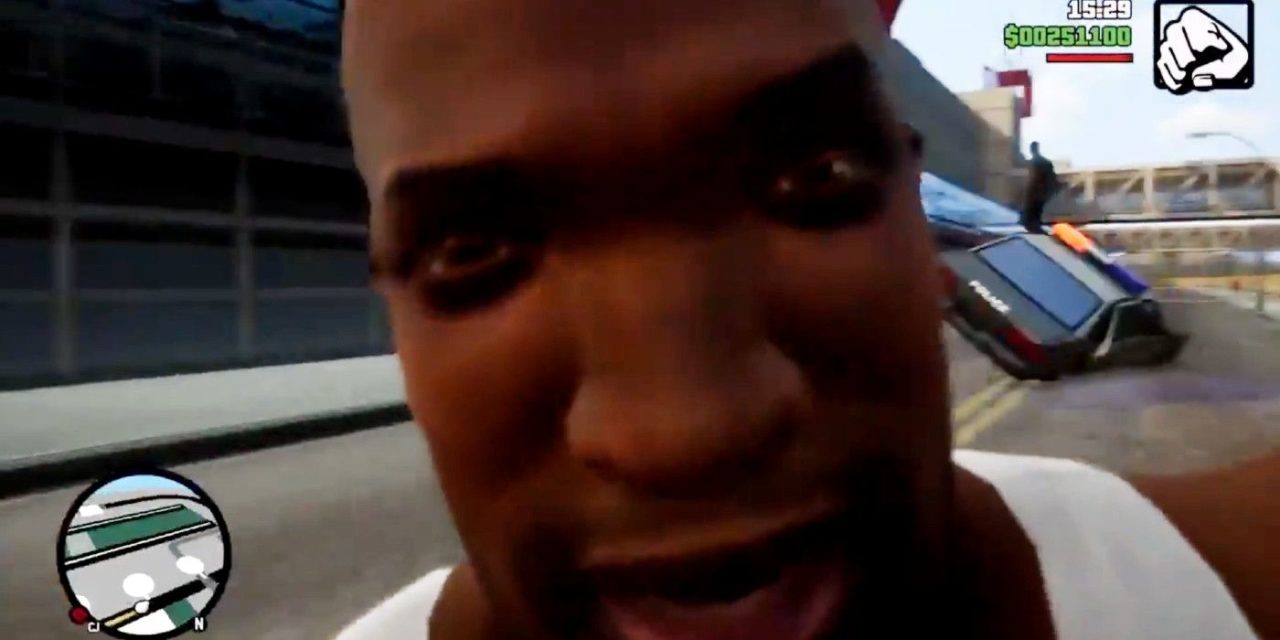 The new 1.03 update will target some of the issues that have been blasted in memes on Twitter.

Rockstar’s recent release of Grand Theft Auto: The Trilogy – The Definitive Edition has been blasted on the internet for being rife with bugs. Fans of GTA have expressed a mixture of disappointment and amusement at the often hilarious bugs plaguing the remasters.

also in gta 3 if you wiggle your car it gets bigger for some reason https://t.co/ftRHt9Yd0W pic.twitter.com/IN3LCq7Iqi

Some bugs, however, were less amusing and more irritating. While rain and weather changes can add great atmosphere to any video game, they may have gone a little too far in the remasters.

As you can see (or rather, can’t see), the rain is so heavy and overwhelming that the player can barely work out where they’re going. It renders the game near unplayable. The 1.03 patch is going to address this first and foremost, along with other bugs and glitches.

However, the bug where CJ’s face covers the entire screen when activating first person on a quadbike will be missed for its hilarity.

The Trilogy is currently available on PlayStation 5, PlayStation 4, Xbox Series X|S, Xbox One, and PC – and is apparently coming to the Nintendo Switch soon.

Let’s hope they get these crucial fixes done before implementing anything new, such as VR.

Rockstar has since issued an apology for the tumultuous launch. Thankfully, with this update on the way, the Trilogy will get a lot smoother and more playable. Those interested in experiencing (or re-experiencing) the classic Trilogy should check out our shop.

previousStarfield has two “step into the world” moments