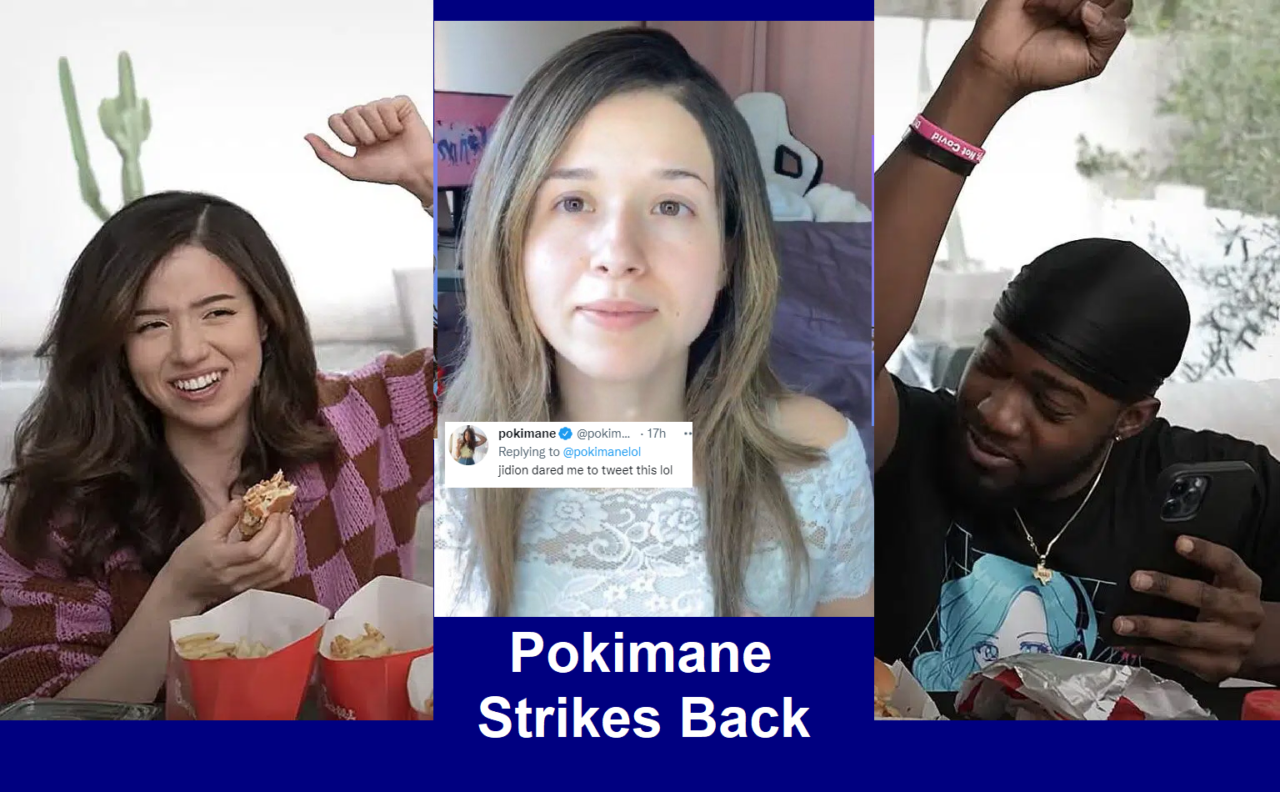 What up gamers! It’s your favourite Poki-curious Pokiman on Pokimane spilling the tea, the shade and related concepts!

On February 15th, Pokimane met up with… Oddly enough, Jidion, who you may remember from the Pokimane hate raid and “bitches” controversy that happened about a month ago. But on an oddly wholesome note, they’ve announced they’re on good terms again.

While on stream, JiDion suggested Imane tweet a picture of her’s without makeup to poke fun at the haters: “Just be like, ‘This face makes more money than you’ll ever see in your life’”. Pokimane took him up on that dare and the rest is 2-day old history!

And hey, I’m prince of the male feminists, dunking on the haters is entertaining at the best of times… But now I’m going to kneecap my own entertainment-driven intentions with “is it though”?

Since that tweet, some folks from varying degrees of good and bad faith responded with accusations of “flexing your wealth”. And hey, I’ll even let you in on a couple simple arguments of varying degrees of legitimacy! I’ll get to Imane’s own thoughts below the next picture.

‘Oh, so a woman online being proud of her success alone is worth criticising? Really? Never heard you complain about big-name rappers singing about living the high life with a woman on each arm and being knee-deep in the crack game’.

‘Okay, what’s your point? That flexing your success is bad? It’s a free platform’. “I hope you get that mad at multi-million or billion-dollar conglomerates that take advantage of their workers, in comparison to a random girl on the internet who’s been streaming and working hard for eight years to make her money and also employs numerous people at, if I do say so myself, pretty healthy and liveable amounts of money.”

I do understand why people would be upset at others for flexing their wealth in general, but contextually, do these same people get mad when YouTubers showcase their brand-new Lambos?