The majority of my Star Trek knowledge comes from a smattering of YouTube clips, a half-remembered Film Theory anecdote, “why does God need a star ship” and Shaun’s brief analysis of the Ferengi in his Harry Potter retrospective. But hey, I like a challenge, plus I have a couple Trekkie friends who’ll probably like this, so hope you enjoy!

Star Trek Resurgence was initially announced in the 2021 Game Awards, being developed by Dramatic Lab and largely featuring staff from TellTale Games before it’s first bankruptcy. 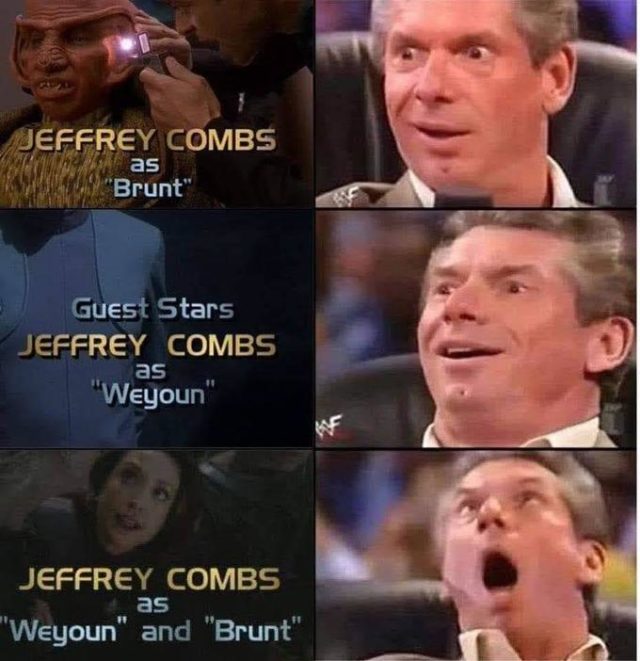 Smash cut to right now and IGN have been handed in-progress test footage of a scene from the game (click here to view) where the player can make different dialogue choices.

Gameplay Breakdown: This is only a small section of the game, so maybe there will be different gameplay elements or more branching paths with future updates, but as-is, it seems decent. The voice acting is a good quality and the visuals are good for what amounts to a story-based v-slice with some dialogue prompts. I just hope the game lets you go full emo-Karen on everyone and see what fresh hell can happen… Is what I would say, but my ass won’t choose mean dialogue options in Persona 5 (Psst! Buy it!) after a third playthrough because of my feewingz, so there’s that! 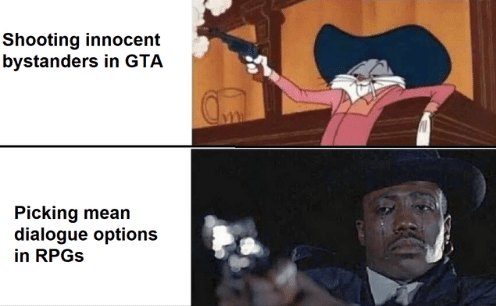 The visuals aren’t anything too special, but are likely to improve since this is only test footage. Overall, it seems to take a lot of inspiration from Mass Effect (which you’re more than welcome to buy, wink wink, nudge nudge), so maybe the story elements will also link to a secondary gameplay loop, like action sections, puzzle-solving, sky’s the limit… Or is it? Are skies the limit in space? Is space a sky!? Are sky limits a plot by Big Space to sell more planes!? I don’t need sleep, I need answers!

There was once a lass so tiny, Tina. Who wonders land, borders, Tsushima? Excuse me miss, but I must dismiss your credentials from… Shujin Academia.