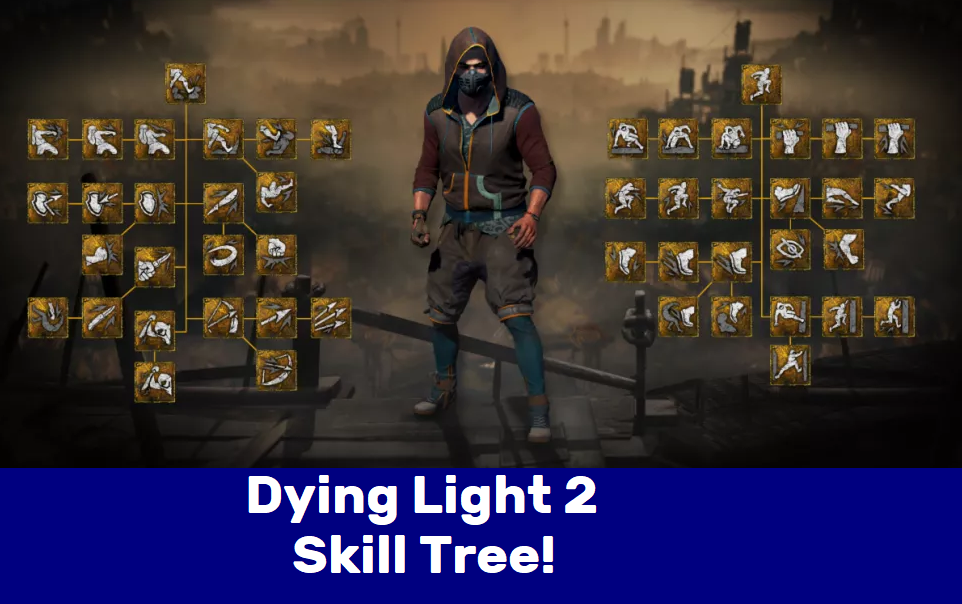 Why yes, we do have Dying Light 2 pre-order deals that Definitely Had No Impact On My Decision To Write This Article At All… TM.

For the uninitiated, Dying Light is a first-person action-adventure game seeing you use all manner of sick-gnarly flame-swords, guns and hardcore parkour to survive in a zombie post-apocalypse.

The sequel is being developed by Techland, who recently released a primer on how Dying Light 2’s combat will work.

Dying Light 2 is currently slated for release in the month of love, chocolate and Deadpool, February (4th)! I can only assume the story mode will be a heart-warming wholesome ballad about the star-crossed romance between Tom Genericzombie and my 400-Horse-Power Battleaxe (AKA, Lucy).

In this handy-dandy video, Techland explained and showed how players will have access to a parkour skill tree and a combat skill tree, so you can mix-and-match which order of skills you want to specialize in. Do you wanna go guns-blazing like a drunk guinea pig, or unleash your inner Ong-Bak street-chasing skills? Trick question, on a long enough timeline, you’ll unlock everything in both skill trees anyway!

Beating enemies and performing certain actions often will net you skill points that you can put into the skill trees, as well as generally completing in-game quests.

Grappling and throwing enemies: For when CQC stands for “Close Quarters- Charlie, stop saying ‘judo throw’ every time you do that, you’ll alert the zombies”!

Ground Pound: “Look, just because your name’s Mario doesn’t mean you can magically…. Oh, shows what I know”.

Tic Tac: “For the last time John, what the f*ck do Tic Tacs have to do with wall-running”!?

Far Jump: “Come on dude, just pick a naming style, none of this wishy-washy half-n-half crap”.

Techland have also confirmed the final behind the scenes video on Dying Light 2 will be dropping January 13th, so keep an eye open for that one.

Dying Light 2 will be releasing on PlayStation 4, PlayStation 5, Xbox One, Xbox Series X/S, and PC via Steam and the Epic Games Store. A cloud version will also release for the Nintendo Switch.

previousGTA Online- Is This The Best Sniper Shot Ever?

nextPSVR2 may get one of VR’s best games