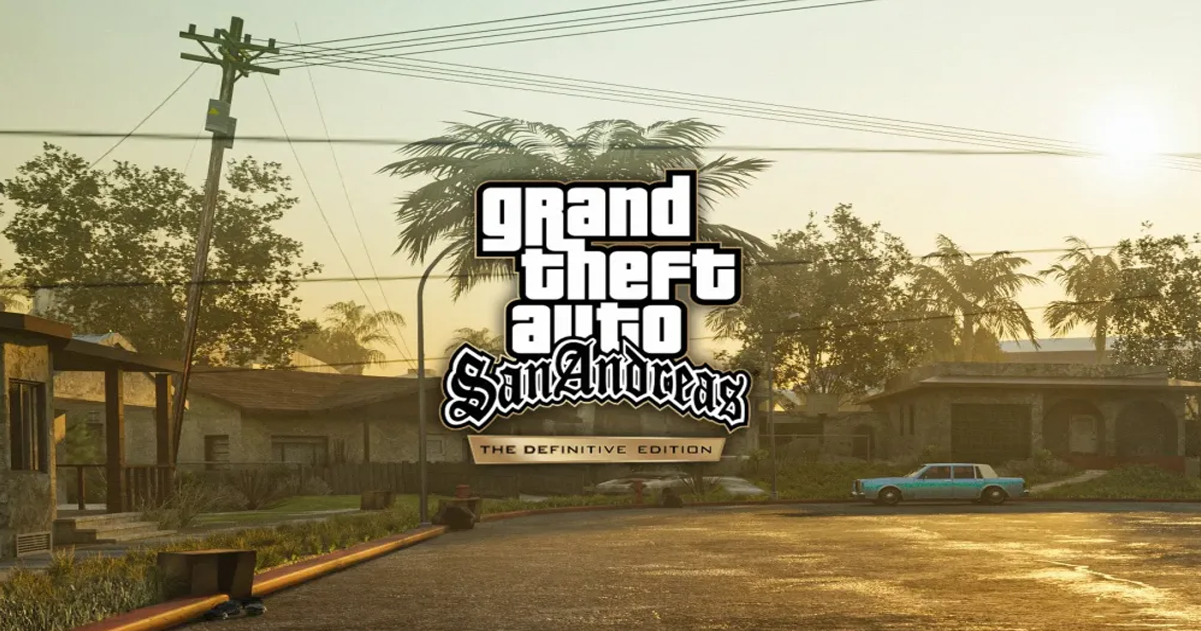 The burger doesn’t spin. THE BURGER DOESN’T SPIN. I’ll say it one more time. The burger. Does not. SPIN. What burger? The burger in the Burgershot restaurant logo from GTA: San Andreas – Definitive Edition of course.

Why is that important, you may ask? Well, it is a testament to the lack of effort paid to developing the remastered GTA Trilogy. Small details like this, coupled with the various other bugs and glitches in the game all go to show that the game seems a bit slap-dash. It’s disappointing to see how dodgy the release of the GTA remasters has been, as it has been highly anticipated by fans for a long-time following rumour of its existence.

Since the release of Grand Theft Auto: The Trilogy – Definitive Edition, many have compared its best and worst aspects to the original versions of the games. Others have questioned the remasters’ poor design choices, while some people have shown appreciation for some of the gameplay modifications and are just happy to bask in nostalgia.

The burger on the Burgershot emblem rotates in the crosshairs in the original Grand Theft Auto: San Andreas, according to Reddit user u/Eddielowfifthslayer. The burger doesn’t spin in the remastered version. This decision is particularly mind-boggling because making a burger rotate is an incredibly easy process.

You’d think if the PS2 can do it, then so could the current generation of gaming consoles. Apparently, burger spinning is just too much. In the comments, fans are bemoaning the decision, calling it proof that Rockstar Games did not put enough effort into the remasters.

Do you know what else is terrible? The nutt looks like a WASHER. How DARE they. A photo of the Tuff Nutt Donut Shop in the original and the remaster has been spreading on social media. The pixels on the doughnut have been smoothed out in the remastered version, which is great, but the nut has been smoothed out as well, making it appear more like a washer.

The shop loses some of its design charms because of the alteration since the pixel limitations turned out to be an asset to the design. Some others have also discovered typos in the restaurant names in GTA 3, adding to the proof that the game’s background surroundings were not given enough attention prior to release.

This is only a small chapter in this tragedy that has been the post-release of Grand Theft Auto: The Trilogy – Definitive Edition. The lack of availability on PC on launch weekend far outweighs some negative responses to  detailed texture “improvements” to the game environment. Modders even went to the extent of adding the games original sounds back in. You know it’s bad when the community has to fix the game for you. When you add in all of the other troubles the game has had in its first week, it’s obvious to see fans aren’t thrilled with what Rockstar has done to these titles.

If you can deal with the fact that the burger doesn’t spin – then pre-order a copy GTA: The Trilogy – Definitive Edition from our store now for Nintendo Switch, available from December 7th. Or why not browse our store for products similar to GTA.